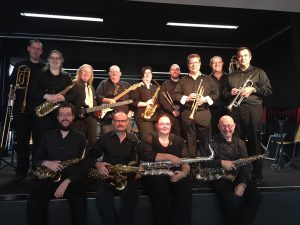 The band was founded by Jean Courtois. Jean was the trombonist of the then ‘Francis Bay TV Orchestra’ and also conductor of the harmony of Houtem near Vilvoorde. This under the name ENSEMBLE CORTI. Jean was also the writer/arranger of the exclusive Corti music.

After the death of Jean Courtois, the band was restarted in 1994 by some former musicians, first under the name Ensemble Corti and later on under the name CORTI BAND with conductor Roger Robberechts. Afterwards under the leadership of Rudy Haemers who passed the baton to Johan Guns in 2004.

In 2014, on its 20th anniversary, the orchestra was renamed to its current name “J MUSIC BAND”.